Carrot-and-stick : Challenges ahead for the Chinese economy

Since the beginning of the year, the Chinese government has continued its efforts to implement various items on the reform agenda, particularly those concerning fine-tuning the structure of the Chinese economy. As domestic demand remains subdued, the property market continues to be sluggish and over-capacity in some sectors remains, it is unlikely that China will achieve its 7.5% growth target. Coface expects that the GDP growth of China could reach 7.4% in 2014, given more policy support in sight.

On the credit quality side, in line with the findings of our China corporate payment survey report issued early this year, non-performing loans (NPL) have been rising in China, as the absolute amount of NPL soared to 28.7% YoY in the first half of 2014 (Appendix 1).The macro trends observed during the first half of 2014 are in line with our expectations on the Chinese economy. On one hand, we see growth stabilizing, and on the other hand, we see industry participants – particularly smaller companies – facing mounting pressure from the cost of financing and the slowdown in growth of demand.

“The growing NPL is leading to concerns over lending qualities, while the cost of financing remains a concern for various sectors and smaller companies that lack access to credit facilities. Hence, with the inflation figure well under control, a broad-based interest rate cut could help ease companies’ financing pressure and bring growth closer to the government’s 7.5% target,” said Rocky Tung, Economist for the Asia-Pacific Region.

A low-light of the Chinese economy in the first half of 2014 was the property sector, as it faced significant headwinds during this period and it is not expected to see dramatic reversal in the second half. “The price pressure and the debt level of property developers are increasingly worrying, and with the high level of inventory to be digested, the near-term outlook for the sector remains bleak,” said Rocky Tung.

Nonetheless, the importance of the property sector within the Chinese economy is significant and a collapse in the sector should be avoided. Medium-term demand will continue to be led by the government’s urbanization plan, which will focus more on quality, rather than volume of investment.

The metal industry continues to be underwhelmed by overcapacity issues and the weaker-than-usual growth in demand is further hurting profitability. The energy sector, using coal as a proxy, is also experiencing lower growth in demand, as the overall economic momentum slows. Pressure on prices is likely to lead to a rise in the risk level going forward, as it erodes profitability and brings financial difficulties. While it has seen optimism earlier in the year, the wood-paper sector experienced weak price trends as end-demands saw softening growth - but as the government’s determination to carry out industry consolidation and production elimination move forward, supply-demand dynamics could see improvements in 2015 and beyond.

Similarly for the consumer sector in China, the medium-term outlook continues to be bright, while keeping the near-term challenges in mind. Riding on the rising middle-class, the higher number of people in the working-age category, rising living standards, and improving retail channels, the consumer market in China will continue to gain pace as a growth driver of the economy in the medium-term. However, together with the anti-corruption scheme, the weakened income growth rate could cast a ceiling for the potential of the market in the near-term, which is in line with our view that economic growth is moderating in China.

While various aspects of reform are underway, growth is by no means forgotten. With plenty of signs showing lacklustre growth momentum this year, it is believed that the government is likely to introduce stronger stimulus to sustain economic growth. More specifically, the continuation of targeted-stimuli is expected. Moreover, a possible interest rate cut would directly lower the cost financing and stimulate consumption. Nevertheless, the People’s Bank of China would have to balance the potential credit risk brought by such a loosened monetary situation. 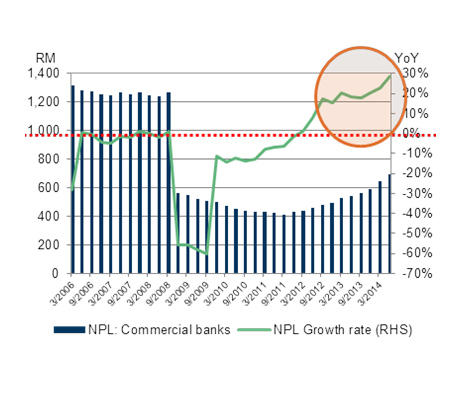 Download this press release : Carrot-and-stick : Challenges ahead for the Chinese economy (374.57 kB)