Romania at the front line of economic growth in 2013 – but will it catch up after the contraction in 2014?

Romania’s economic performance has made it one of the leaders in Europe’s recovery. Its growth has exceeded expectations, with GDP rising by 3.5% in 2013. Significant contributions came from the agricultural and industrial sectors, in particular from car production supplying mainly foreign customers. Although Romania will not continue this pace of growth in 2014, the outlook remains positive.

Romania’s real GDP growth in 2013 exceeded expectations – up by 3.5% year on year, with the strongest rise in the last quarter of the year, with 5.1%. The main contributor to the year’s growth came from exports (which recorded a strong increase of 13.5%) and in particular exports of agricultural products and cars.

Romania is the most dependent country on agriculture in the entire European Union, with almost 31% of the working population employed in this sector. Its economic output is therefore strongly linked to weather conditions. Harvests were excellent in the summer of 2013, leading to positive supply shocks. In 2013, Romania’s output of agricultural goods amounted to 17 billion euros (+25%), accounting for nearly 5% of the EU-28’s agricultural output.

Alongside crop exports, car production was also a significant contributor to Romania’s external trade. As Romania offers some of the lowest labour costs in the EU, the country has been favoured by OEMs (Original Equipment Manufacturers) as a location for their factories – principally Ford, but also Renault which has brought a new breath of life to Romania’s Dacia brand. Improved perspectives for the international automotive sector, along with Romania’s available production capacity, generated added value for the country.

“Romania recorded one of the highest GDP growth rates in the whole of Europe in 2013. The growth of 3.5% significantly exceeded the Eurozone recession and the CEE average of 1.2%. The main contributors to this positive performance were the good agricultural harvest and a high level of exports. However, neither of these can be considered as sustainable factors. The recovery of advanced economies will be beneficial to Romania’s external trade, especially its automotive sector, although the country’s internal situation continues to be a constraint“, explains Grzegorz Sielewicz, Coface Economist Central Europe.

Transports : a pillar of Romania’s economy

The transport sector in Romania is an important pillar of the country’s economy. The volume of freight transport amounted to 108% of GDP in 2012 - above the EU average of 95% but lower than most of its regional peers. Bulgaria and Poland recorded the highest shares, with 174% and 137% respectively.

The transport sector offers positive prospects given the increased demand for these services - especially with the recovery of the Eurozone, Romania’s main trading partner. However the improved demand for transport services will not directly translate into an increase in net profits for all Romanian companies operating in this sector. The intense competition can result in prices being pushed down and the acceptance of lower margins amid stable fixed costs. Coface forecasts a medium risk level in the transport sector.

Agriculture : an excellent harvest in 2013

Romania benefited from greater increases in agricultural production than in other CEE countries. Nevertheless, the positive contribution of agriculture cannot be viewed as a permanent factor in the country’s output. Moreover, as shown in the sector barometer, the agro food sector presents a medium level of risk with many small entities fighting for profits while under pressure from fixed costs.

As concerns external factors, Romania can profit from the turmoil in Ukraine. The recent turbulence has created an opportunity for Romania to become a major player on the grains market in the Black Sea basin. Russia and Ukraine remain significant producers of grain in the region, producing four and three times more respectively than Romania. Nevertheless, their production is forecast to decrease this year, by 4% for Russia and by as much as 10% for Ukraine. With stable worldwide demand, Romania will be able to strengthen its production capacities and influence export prices. 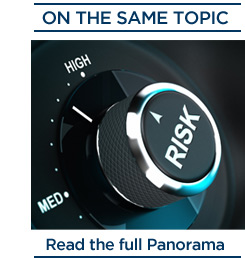 In 2014, Coface forecasts that Romania will be one of the two CEE economies (together with Latvia) where the pace of GDP growth will not improve. The strong growth dynamics are unlikely to be repeated, whereas base effects will be evident during the second half of the year. The forecast for 2014 is a real GDP growth rate of 2.5%. The anticipated rate of growth will bring the Romanian economy closer to the forecasted CEE average growth rate of 2.4%.

Expectations for agricultural output in 2014 are mixed, but the most realistic scenario seems to be that the harvest will be lower than in 2013. Exports will remain driven by the demand for new cars, a sector which makes a strong contribution to the performance of Romanian industry. Internal demand will also show signs of improvement, with household expenditure rising – although it will still be constrained by the sluggish growth in credit. The growth of fixed asset investments will not increase in line with private consumption, as companies are still not fully convinced that the economic recovery is sustainable.

”The economic performance of 2013 will not be continued at such robust levels, as last year’s growth contributors are not sustainable. This is already confirmed by the technical recession during the first two quarters of 2014. Nevertheless, a stable growth rate of 2.5% in 2014 will be supported by significant volumes of exports shipped to Eurozone countries and the gradual rebalancing of the country’s economy towards domestic demand”, concludes Grzegorz Sielewicz, Coface Economist Central Europe.

"ROMANIA : Will economic growth come back to strong performance?"