Prominent figures spoke at the Conference, including Jean-Claude TRICHET, former president of the European Central Bank, Erik ORSENNA, economist, writer and member of the French Academy.

Other participants in the debates included:

Yves Zlotowski, Coface’s Chief Economist, commented on the key events which marked the global economy in 2013 and outlined trends for 2014.

To see videos of the speeches and debates go to the Coface Youtube Channel : 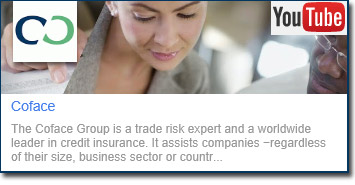