COFACE SA: Evolution of the Board of Directors proposed at the 2022 General Meeting on 17 May 2022

It will be proposed to the Combined General Meeting of May 17, 2022, to appoint Laetitia Leonard - Reuter and Laurent Musy as directors for a term of four years, in accordance with the provisions of Article 12 of the bylaws.

As a result, at the end of the General Meeting and subject to a favorable vote, Coface's Board of Directors will consist of 10 members, 5 women and 5 men, the majority (6) of whom are independent directors. 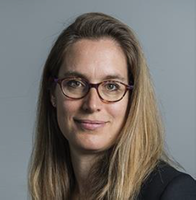 Laetitia Léonard-Reuter is a graduate of HEC Paris, the University of St. Gall (Switzerland), and an auditor of the Institut des Hautes Etudes de l'Entreprise (IHEE).

She joined Generali France in November 2018 as Chief Financial Officer.

She was previously and since 2003 within the Axa Group where she held various positions: Corporate Finance Associate, Head of Group Capital Management, then, in 2014 Chief Financial Officer of AXA Global P&C, an entity dedicated to Property & Casualty and Property & Casualty Reinsurance activities. In 2017, she became Chief Data Officer of Axa France.

She started her career in 2000 as an M&A analyst at JPMorgan Chase, in the Telecommunications, Media and Technology sector. 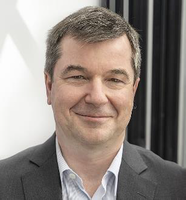 Laurent Musy is a graduate of the Ecole des Mines de Paris and holds an MBA from INSEAD.

He has been the CEO of the Terreal group since 2015.

He joined Terreal after spending 17 years in the aluminum industry both in France and overseas, most recently as President of Constellium’s Packaging and Automotive Rolled Products and Aerospace and Transportation business units. Prior to that, he worked for Saint-Gobain and McKinsey.

In June 2018, he was elected President of the Fédération Française des Tuiles et Briques (French Federation of Tile and Brick Manufacturers).