Russia: what are the risks for French companies?

Should French companies stay in Russia or leave? And whateveir their decision, what risks are they facing? Sector Economist & Data Scientist Erwan Madelénat answers three key questions about doing business in Russia in light of the war in Ukraine.

What are the risks for French retail companies remaining in Russia?

The risks for French retail companies are mainly economic. We expect a surge in inflation, following the sharp depreciation of the rouble, and a sharp recession in 2022 (-7.5%). In Ukraine, due to the consequences of the conflict, we expect GDP to fall by 15% at the time of writing. Regarding sanctions, the Russian government is threatening companies that leave the country with seizure of their assets.

Does leaving Russia today mean a definitive end to this market?

No. Although the European Union has stated its intention to reduce its dependence on Russian energy, and has banned exports of certain products – such as luxury goods, or certain technological goods and imports of steel products from Russia – trade flows continue. Nevertheless, it is likely that trade will be less significant in the future, particularly if the EU is able to reduce its energy imports from Russia. 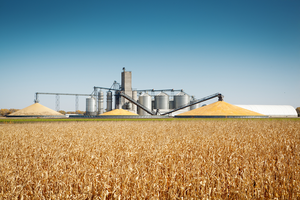 What are the future challenges for companies exporting or importing Russian products?

This interview with Erwan Madelénat, Sector Economist & Data Scientist, originally appeared in French magazine Points de Vente and was conducted by Cécile Buffard on March 17, 2022. This article has been translated from the original French.